Commercial centers and retail supermarkets in Vietnam are increasing due to the development of the life of the local people and the needs of tourists when traveling to this beautiful country. Both domestic and foreign enterprises invest sharply in the consumer retail market. As a result, large supermarkets or retail branches have also established in big cities such as Ho Chi Minh City, Hanoi, Danang, Can Tho, Hai Phong, and Binh Duong. Here is the list of top supermarkets and malls in Vietnam to check them out.

AEON is known as one of the biggest retail trade groups in the world with a total of 179 malls in and out of Japan. AEON was started in 1758, with a long history of over 260 years.

Currently, in Vietnam, there are 4 AEON Malls in Hanoi, Binh Duong, and Ho Chi Minh City respectively (and one more in Hai Phong City comes soon). With the professional systems of AEON malls, they have the largest Vietnamese supermarkets.

AEON Group maintains a sustainable commitment: Customer first, which goes throughout its operation. The essential principle of this system is towards a prosperous, peaceful society through retail activities. AEON has the trust of customers and expands its business activities in Vietnam.

Co.op Mart or Coopmart, a retail system, belongs to the Ho Chi Minh City trade cooperatives (Saigon Co.op) of Vietnam. Coopmart has the most supermarkets, of which there are 84 supermarkets covering Vietnam.

The establishment of Co.opmart Cong Quynh has erased the psychology of small and saggy centers and markets in Vietnam. Creating a good chance that supports CoopMart more confidence to affirm its ability in the field of retail. The customers of Co.op Mart are the workers, officers, and middle-income population, which are the majority groups in the society.

Big C is managed as a system of modern supermarkets and trade centers in Vietnam.

In April 2016, the system of Big C supermarket was sold to a Central Group of Thailand. Big C continues developing in Vietnam. It is one of the supermarkets selling the products and groups of customers nearly the same as Coopmart.

Big C has grown to become a big system of commercial centers spreading over 20 provinces and cities in Vietnam. The centers sell around 50,000 items (95% of which are manufactured in Vietnam), has about 8,000 employees working here. They have served more than 35 million customers to shop every year. Big C always tries to satisfy the clients through tireless efforts on difficult issues to price-quality – service.

MM Mega Market has a workforce of more than 5,000 workers, which is one of the big companies using a large number of employers in Vietnam. They always try to have big changes in all aspects to improve the image of the shopping centers, develop new products, and promote control of food hygiene and safety. They commit that the goods sold in supermarkets are domestic with clear origins.

Lotte Mart is a supermarket system managed by the Lotte Department, a subsidiary of Korea’s famous Lotte Group.
Lotte Mart covers four countries in Asia such as Korea, Indonesia, China and Vietnam with over 290 shopping centers, which were built in a modern and beautiful style, suitable to the tastes of consumers.

In Vietnam, Lotte Mart has 14 shopping centers. Most of them are located at nice sites in the big cities, including Ho Chi Minh City, Can Tho, Binh Duong, Dong Nai, Vung Tau, Nha Trang, Phan Thiet, Da Nang, and Hanoi. They have the commitment to sell quality products and create a comfortable shopping space for the customers.

Emart is another shopping system belonging to a retail group of Korea. The first supermarket in Vietnam was opened at 168 Phan Van Tri Street, Ward 5, Go Vap District, Ho Chi Minh City, in 2015.

The shopping mall has a total investment of up to 60 million USD and the area of about 11,900 square meters is to use for shopping service; the real construction area is 19,700 square meters. Emart brings a modern and convenient shopping environment with airly and hygienic shopping areas. The supermarket also specializes in providing high-quality products, the preferential prices for customers.

In addition to displaying daily products and goods, the mall also integrates plenty of gadgets such as children’s entertainment, food courts, especially the house of health care services which is the first service at supermarkets in Vietnam.

VinMart is one of a famous retail group of Vietnam, that belongs to Vingroup. The shopping centers of VinMart covers nearly all over Vietnam.
VinMart supermarkets are often large with an area of ​​over 10,000 square meters. In the shopping areas of VinMart, there are 40,000 items of all categories such as cosmetics, food, electronics, household appliances, clothes, toys …

All shopping needs of customers will be supplied perfectly by the VinMart supermarket system. Besides, mini stores VinMart+ situates at the most of nice locations of the streets and small towns, creating fast and convenient ways to buy daily products for families. VinMart is listed as one of the large retail supermarkets of Vietnam.

Lanchi Mart is manages by Lan Chi Company founded in 1995. It starts from a small enterprise supplying the distribution of consumer goods in the western area of ​​Hanoi.

During 25 years of operation, with the valuable experience of serving customers in retail, Lan Chi Mart becomes a professional system and large-scale distribution network in the North of Vietnam.

Sakura Vietnam has 9 shopping chains in Hanoi. The first one was established in September 2011 with the name of Sakura Baby Shop, which is situated at a stall on the second floor of The Garden Commercial Center, Me Tri, Tu Liem, Hanoi.

The company commits that all products are 100% of Japanese domestic goods. The trust of customers helps Sakura develop stably and live with the life of people in Hanoi.

The market in Vietnam becomes richer, more diverse, and more colorful. These conditions are opportunities and great challenges for retail sales in Vietnam. With the list of famous supermarkets above, Vietnamdrive hopes you have a good plan to go shopping when you travel to Vietnam for your holidays. 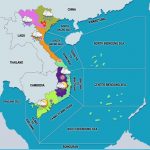 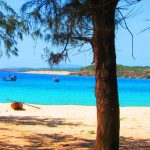 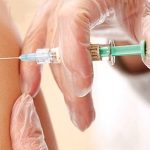 What vaccinations do I need for Vietnam? 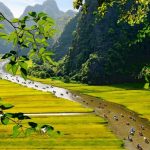 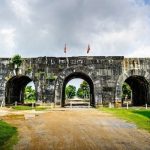 Visit Vietnam heritages – Top things to do in Vietnam 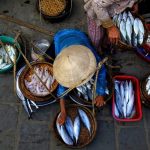 Where is Vietnam in the world map? 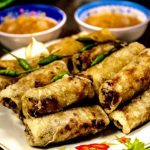 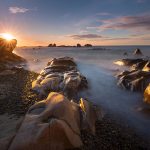