Hon Chen Temple is a sacred religious relic and a unique cultural and festival site in Hue City, Vietnam. Hon Chen Temple is the place where Cham people worshiped the goddess Po Nagar in the old days. Then, the Vietnamese who followed the Thien Tien Religion continued to worship her under the confession of Mother Thien Y A Na (the goddess of Cham culture worshiped by the Vietnamese). The temple takes very important roles in the life of the religious spirit of Hue people and the Vietnamese.

The location and way to Hon Chen Temple

To get to the temple, you can move in three ways:

The complex of Hon Chen Temple is small in comparison with other religious and cultural sites in Hue. Coming to Dien Hon Chen, visitors can visit about 10 different constructions. All of them locates halfway up the Ngoc Trang mountain range. The buildings face the Huong River and are nestled behind green forests.

The main building of this site is Minh Kinh Dai situated in the middle. On the left is the Ngu Hanh temple, the Tiger temple, and the altar of the mandarins. On the right is the Quan Cu house, Thanh Pagoda, Trinh Cat Vien. Right in front of the main architecture, next to the edge of the Perfume River is Am Thuy Phu. And, you can find many small altars and temples scattered around this place.

Minh Kinh Dai is also the official place where the ritual and pilgrimage activities in Hon Chen. Previously, the kings had prescribed the organization of this ritual twice a year in the third and seventh month of the lunar calendar. The mandarins were are also sent here to take the lead. Nowadays, the main activity is organized here in the 7th lunar month every year.

Minh Kinh Dai is divided into 3 sections in order from high to low:

Besides, when you come here, you can see decorations and motifs on the building of Minh Kinh Dai, a typical project for the art of high-class porcelain mosaic architecture. Using the phoenix symbol to decorate the temple shows the beauty of females and the lady belief in life. The intricate carvings make visitors feel the birds flying and converging here. According to the folklore concept, this is a symbol of good luck and peace.

The style of decoration in the main temple of Hon Chen is simple, which makes this holy place different. The temples combine with the green trees and surrounding scenery that seems to become one picture of sacred nature.

The ritual and festival in Hon Chen Temple are often organized in the seventh month of the lunar calendar. The activities of this temple have happened for three days. During these days, from the early morning, thousands of tourists and the local people come to Hon Chen temple to join the biggest Mother worshipping festival of the year.

Until now, the Hon Chen temple festival is still a folk belief activity of the worshiper who worships the goddess Thien Y A Na. According to the Cham legend, the goddess, who was the son of the Heaven Emperor, sent to the earth. She had created the land, plants, and rice. Thanks to its own holy features, the current Hon Chen is not only a scenic spot but also a unique cultural attraction in Hue. This is the only temple in Hue with the combination of royal etiquette and folk beliefs.

The worshipping and festival activities in Dien Hon Chen consists of 3 parts: The ceremony at Minh Kinh Dai, the procession of the Holy Mother Goddess Thien Y A Na from the main hall into the big boat, and finally the boats following the boat of Holy Mother along the Huong River from Hon Chen temple to Hai Cat village (Huong Tra District), and travel back the main temple.

During the festival days, hundreds of dragon boats come to park right in front of the temple, creating a beautiful colorful picture on the Perfume Rivers. And, thousands of people also carry the offerings, including fruits, caves, paper money, clothes… to worship the goddess at the mountain of the jade cup. Many typical songs that tell about the goddess and religious spirits are showed on the boats, making them sound more sacred.

Culture of worshipping Mother (or Lady) in Hue and Vietnam

“The worship of Mother Goddess in Hue” is the beauty and traditional values ​​in the diverse and unique spiritual life of the local people of the ancient capital, contributing to preserving and promoting the good values ​​of respecting the lady in the normal life.

The worship of the Goddess (or Lady) is one of the popular forms of folk belief in Vietnam, deeply rooted in the worship of mothers of agricultural residents to promote the sacred role and essential function of women in life. We can see the lady or female goddess around Vietnam, for example, Heavenly Lady Pagoda (Thien Mu Pagoda) in Hue City, Thien Y A Na in Hon Chen Temple, Lady Buddha (or Quan zin) over Vietnam, Chua Ba Danh (Danh Lady Pagoda) in Hanoi, or Nui Ba Den (Den Lady Mountain) in Tay Ninh.

In 2016, “Practicing the religion of worshipping of Mau Tam of the Vietnamese people” was recognized by the United Nations of Educational, Scientific and Cultural Organization (UNESCO) as an Intangible Cultural Heritage representing humanity.

Especially, the worship of the mother in Thua Thien Hue is associated with the Hon Chen temple. Every year in the 7th of the lunar calendar, spiritual rituals of the Mother are held solemnly at Dien Hon Chen. This activity has become a cultural beauty in the spiritual life of people in Thua Thien – Hue.

The worship of Lady in Hue is the convergence of the two streams of worshiping the South and the North. When coming to Hue, this style of worship has some different ways; not worship Tam Phu (three levels) as in the North, people in Hue worships the Four Kingdoms with the concept of goddesses in four realms: Thuong Thien (up-level of heaven), Trung Thien ( Middle Heaven), Thuong Ngan (mountains and forests), and Thuy Phu (water realm). At each realm, there is a top goddess called Holy Mother.

Dien Hon Chen is located on Ngoc Tran Mountain on the north bank of the Huong River. This site is not only a famous landscape of the old Imperial City of Hue but also a place associated with many well-known legends.

The first is the story of King Minh Mang. When he sailed up and dropped a cup of jade into the Perfume River. Thinking that there were no ways to recover it, suddenly a big turtle floated up, and gave him the cup of jade. From this anecdote, this place was called Hoan Chen that means “returning the cup of jade. However, the story was not recorded in the history books, and it is only a product of folk imagination of the local people.

The second legend is contrary to the story of King Minh Mang. The anecdote about King Dong Khanh at Hon Chen Temple is well recorded by Nguyen historians. Accordingly, from 1883 to 1885, due to tortuous circumstances, Dong Khanh king waited for a long time but had not been crowned from the King Tu Duc. He came to Ngoc Tran mountain (Hon Chen) to pray and asked the goddess Thien Y A Na if he could be a king. The goddess said he would be satisfied.

Therefore, after taking the throne in 1886, King Dong Khanh immediately rebuilt this temple spaciously, made more offerings to worship and changed this place’s name to Hue Nam Dien (Hue Nam Palace). That is to express gratitude to the Holy Mother. Hue Nam means is to give grace to the South, and the King of Vietnam.

After renovating Dien Hon Chen, Dong Khanh King himself put the annual ceremony here into the national festival and identified himself as a disciple of the Holy Mother, although the king only referred to the goddess as “Sister”. This is a strange thing because according to the old principles, every king was higher than the gods and goddesses all over the country. But, King Dong Khanh humbled himself as a “younger brother” of the goddess.

And, the third story is popular for the local people. The anecdote is associated with the goddess Ponagar who is famous in Cham Culture. In the past, Hon Chen Jade Temple was a place of worship of the Ponagar goddess of the Cham people. According to legend, she was the daughter of the Heaven Emperor who was sent to real life. She was created the soil and various kinds of plants and rice. The Vietnamese believed that this goddess of the Cham has many similarities with many goddesses of the Vietnamese people in spirit. That is why, later, the Vietnamese received and worshiped her with the name of Thanh Mau Thien Y A Na (or the Goddess Thien Y A Na).

Hon Chen Temple is one of the famous attractions in Hue City, which is listed in the religious and cultural sites. For the normal days, it is the best way to visit it by taking a dragon boat from the city center of Hue. On the way, you can see a lot of beautiful scenery, and stop at the famous Holy Lady Pagoda as well.

During the festival at Dien Hon Chen (usually for 3 days during the 7th lunar month or August in solar calendar), booking a dragon boat is very difficult and the price is much much higher. It is because of thousands of people coming here to join the ceremony and festival activities. So, you need to book a boat in advance. Or, an alternative option is to use a car to come to this place as the ways 2 and 3 which Vietnamdrive mentioned in the part of the ways to visit Hon Chen Temple above.

And, one note to know before coming to Hon Chen Temple is that although this place is a religious site, it is not free to visit as other religious destinations. You have to pay an entrance fee of 50,000VND per adult, and free for children under 1.3 m tall. And, opening time is from 7:00am to 5:00pm every day.

We hope you can have enough details to start visiting this holy place of Hue.

So, what do you think about this place? Are you going to explore it? 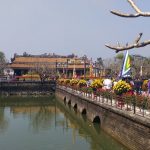 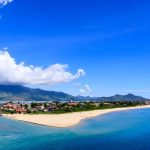 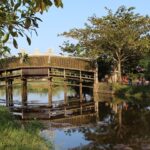 5 nice places often missed in the Imperial City of Hue 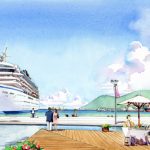 Chan May Port in Hue Vietnam 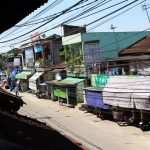 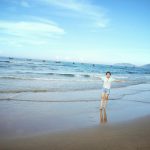 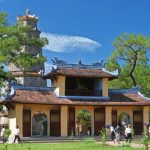