Phu Quoc Island is an attractive destination for local and foreign tourists. It has the largest jungle forest of Vietnam. All around the island has beautiful white sand with famous specialties such as pepper, fish sauce, pearl and wild fruit wine.

Many visitors want to know why the name of the island is also Phu Quoc Pearl Island. The water in Phu Quoc is always blue and clear. Under the water, there are a lot of oysters, scallops, sea mussels and sea snails living. They are main mollusks creating very beautiful pearls. Phu Quoc Island is one of the largest pearl producers of Vietnam. 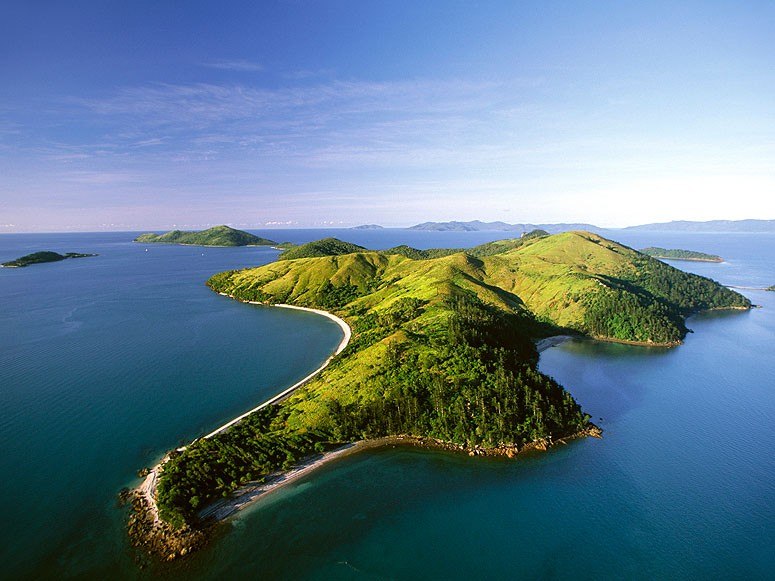 Phu Quoc Island, the “Pearl Island”, along with other islands forms Phu Quoc Island district, Kien Giang province, Vietnam. Phu Quoc – the Pearl Island, is the largest island in Vietnam, with the 22 islands, and located in the Thailand Gulf.

Phu Quoc located 120 km from Rach Gia and 45 km from Ha Tien town. In 2006, the biosphere reserve of coastal and island district Kien Giang was recognized as a biosphere reservation area in the world by UNESCO.

Around the island, there are a lot of beautiful wild beaches: Truong beach, Kem beach, Ghenh Dau beach, Rach Tran, and Rach Vem. Once coming to the island, tourists will get chance to swim in the sea and at a waterfall, to climb up the mountains or to observe the wild animals in Phu Quoc National Park.

The entire island has a total area of 589.23 km², roughly the size of Singapore. Duong Dong Town, located in the northwest, is the capital of the island. There are many projects to invest in Phu Quoc, especially resort projects for tourism. Phu Quoc now becomes an ideal tourist destination for many visitors all around the world.

Residential community on the Island has lived since the 17th century. Before 1975, the island’s population is about 5,000 people; most of their works are fishing and cultivation. After reunification day 1975, immigrants from many regions of the country began coming to the island to live and work here, forming a densely populated community, so far at approximately 95,000 people.

Phu Quoc is considered an original place of Cao Dai. Today the island has two Cao Dai Temples in the town of Duong Dong. In Phu Quoc Island, there are many religions developing in the life of the local people such as Christian and Buddhism.

Besides the fishing and cultivation, the inhabitants of Phu Quoc Island now work in tourism. Phu Quoc attracts more and more tourists coming here to relax because of its beautiful beaches and clean water. Many hotels and resorts have been built on the island, creating a good place for leisure.

October to March is the best time to travel to Phu Quoc Island. But, you can find this island interesting at difference seasons.

Spring: March to the end of April

In the spring, Phu Quoc becomes quiet and dreamlike. The air is cool, pleasant, and warm water. The number of visitors to the “Pearl Islands” in the spring is quite low. Car tickets, room rates, and food in Phu Quoc Island are also cheaper than the summer. If you come in the spring you will save a lot of money as well as have a wonderful leisure and relaxed feelings.

Summer: May to September

What the better way to soak in the cool water of the sea, enjoy the romantic beauty of the coast and relax with a pleasant atmosphere! Therefore, summer is the time that many visitors visit the “paradise of the sea”. Summer is a very exciting season, so you should book your car as well as a hotel in advance to avoid running out of tickets and struggling to find a place to stay.

Autumn is also a great time for you when you like great deals to visit this island. Phu Quoc beach in the autumn is mellow to strange. The scenery is very peaceful and romantic. Moreover, this season the price of services is quite cheap.

Almost at this time in Phu Quoc, there are many visitors. The Solar New Year, Lunar New Year and Christmas Holidays come during this time of year, so many tourists have increased. You should book tickets and rooms in advance for a full trip.

The beaches are still nice to drop your feet in the cool water to feel more relaxed and refreshing.

Bai Sao is about 25km from the center of Duong Dong town, Phu Quoc District, Kien Giang Province. It is one of the most beautiful beaches in Phu Quoc island with long white sand, clear blue water, and wild rocks into the sea.

The name of the beach is called “Bai Sao”, it is because when the night falls, there are thousands of starfishes moving over the sand as well as under the water.

It is good to come in the early morning to enjoy the dawn on the sea, the light breeze and the fresh air.

Bai Khem is located in the south of Phu Quoc Island, belongs to An Thoi Town. It is about 25km from Duong Dong town. From Bai Sao beach, there is a small road about 2km leading to Khem beach.

The beach has the arc shape stretching out with white sand, which makes it stand out amidst the green of the jungle and the deep sea. The wildness and tranquility are the main attractions for visitors to visit Khem Beach.

When coming to Khem beach, visitors can visit Mui Ong Doi, an ideal unique destination. It is the best place where visitors can enjoy the sunrise and dive in the same place.

Like its name, Long Beach has a coastline of about 15 km long starting from Mui Ganh Oil to Cua Can canal. When coming here, visitors will have feelings that you are in the paradise with sparkling sunshine, smooth white sand, and vast sea. Nature and people seem intertwined with together. Enjoying the great landscapes will make visitors forget all worries of their lives.

What to visit: About 1km from Long beach, you can visit Dam islet and Doi Moi islet, where you can experience by Kayaking, fishing, scuba diving as well as enjoying the rustic beauty, which are the interesting things to do in Phu Quoc Island.

Vung Bau Beach is also known as Crescent Beach due to the beautiful crescent-shaped golden sand. The simplest way to Vung Bau is following the small road from Ganh Dau beach.

The beach is a beautiful destination with quiet wildness. However, visitors can still take part in services such as fishing, snorkeling or diving. If the family has young children, Vung Bau beach is a safe option because the slope of the beach is not much.


What to do: Coming here, travelers can enjoy the fresh air and wonderful landscapes, and will explore the plentiful plant system such as palm trees, fir trees or coconuts which are scattered all over the beach.

Cua Can beach is located on the west coast of Duong Dong town, about 6km to the north. It is formed by the intersection of the ocean and the Cua Can River, which created a beautiful sandy strip as the picture.

What to do: This is an ideal place if you want to watch the beautiful sunset on the sea and enjoy the peaceful feeling as well as see the life of fishermen.

>>> You may want to check the famous breakfast dishes in Phu Quoc.

Some photos of Phu Quoc Island:

To visit Phu Quoc island, travelers can fly from Ho Chi Minh City around 60 minutes or from Rach Gia around 40 minutes or use the boat from Ha Tien town around 8 hours.

Phu Quoc island has become the paradise of tourism of the island and beach in Vietnam for domestic and international tourists. One of the best way to travel to Phu Quoc Island is to use the airplanes to land at Phu Quoc International Airport.

Tell us to plan your private tour in Vietnam
Please share this!
About the author