Da Nang has been known as a beautiful city on the bank of the Han River and facing the beach. With extraordinary beauty, Danang attracts a large number of domestic and foreign visitors. Especially, Danang has good hotels with high quality and tourist attractions. This makes Danang become a fascinating city in Vietnam. Have you been to Da Nang yet? If not, the following exciting things will help you explore this beautiful city.

1. One of the 20 cleanest cities in the world

Da Nang is one of the 20 cities with the lowest carbon emissions in the world. Thanks to this recognition, Danang is trying to become a civilized city with a green environment.

2. Ba Na cable car – the only cable car in the world to reach 4 Guinness record

3. My Khe Beach – The most attractive beach on the planet

Forbes Magazine has honored My Khe beach in Da Nang as one of the six most attractive beaches on the planet with smooth white sand, mild waves and warm water all year round with coconut trees around.

4. Danang airport is one in the best airport in the world

In the list of airports with the best service in the world in 2014, Da Nang International Airport is honored as the third. The airport has opened since the end of 2011 with a total area of 36,600 m2, including 4 floors with a total investment of more than 1,340 billion VND.

6. Han bridge – the only rotary bridge in Vietnam

Han River Bridge has a unique design: The central span can be turned horizontally for the navigation of large vessels on the Han River. Not only that, most of the bridge funding is donated by the people in Da Nang. Therefore, this is not just a symbol of Da Nang city but also means “the bridge of the people, by the people and for the people”.

7. Solar Cycle – one of the 10 highest wheels in the world

In the past year, Da Nang opened the sun wheel with a height of 115m. With this height, it has been recognized as one of the top 10 rounds in the world.

8. The most attractive tourist destination on the planet

Recently TripAdvisor website has published the list of top 10 new tourist attractions in the world. In that list, Danang received the most votes and the love of the tourists.

9. Luxury resorts in the world

In 2014, the World Travel Awards for Hotel Travel was awarded to the InterContinental Danang Sun Peninsula Resort. This is a resort on the Son Tra Peninsula with a view of the East Sea. The resort is considered as high art with traditional beauty and modern luxury.

10. A great city to live in Vietnam

In recent years, with the efforts of the local authorities and the people, Da Nang has gradually recognized as a famous city and the great city to live in Vietnam.

Pay Safely With Us

The payment is encrypted and transmitted securely with an SSL protocol. 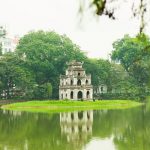 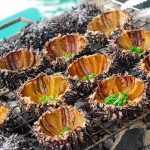 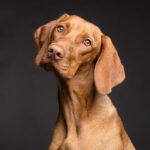 Dog Year Horoscope Shows the Spirit of Being Ready to Help Others in Need
December 17, 2021