Hue City is an idyllic and romantic destination in central Vietnam. Many popular tourist attractions offer a deep culture and history for travelers around the world. From the Imperial City of Hue to the tranquil Thien Mu pagoda on the romantic Perfume River and to the beautiful scenery looking from the royal tombs, all of it makes your journeys to Hue City, Vietnam, become a more valuable and pleasant experience. Vietnamdrive introduces you to these well-known attractions to have an overview of planning your trip to Hue City.

Hue Imperial Citadel is one of the famous places that tourists cannot ignore when coming to Hue City. This is recognized by UNESCO as the monument belonging to the complex of relics of Hue Ancient Capital. You will be amazed at the magnificent architecture of the old imperial city.

The pagoda is located about 5km from the center of Hue city. Thien Mu Pagoda, also known as Linh Mu Pagoda, is an ancient pagoda situated on Ha Khe Hill, in front of the romantic Perfume River.  It is one of the famous temples not only of age but also of spirituality, it is rumored that this temple is sacred.

As one of the ancient schools in the ancient capital, Quoc Hoc High School is the place that trained many talents to the country, and also where Uncle Ho studied. Nowadays, this school is a famous destination in Hue City where many young people and couples come to take pictures to remember their important time.

The local people say:”If you do not visit Trang Tien Bridge, you do not know Hue anymore”. Over 100 years old, this bridge is part of the history of the ancient capital. This is also a nice place where you can take photos to save memories in Hue City.

The temple was erected to commemorate the Princess Huyen Tran, who contributed to the expansion of the south of the country.  Located at the foot of Ngu Phong mountain, belong to Ngu Tay village, Thuy An commune (now in An Tay Ward), Hue City,  Huyen Tran Temple with peaceful and charming scenery is the famous stop for the pilgrimage people and visitors.

As the land of Buddhism, Hue is a sacred place. Especially, the statue of Quan Yin on Tu Tuong Mountain, Thuy Bang Commune, Huong Thuy District. Climb up over 145 steps to the statue, you will feel your soul relaxed and peaceful.  On the lunar occasion or Tet holidays, many local people and visitors come and burn incense to pray and wish good luck for life.

It is the place where King Tu Duc is buried. This tomb was built with sophisticated architecture, enchanting scenery and one of the most beautiful royal tombs of the Nguyen Dynasty.

Contrary to the poetic and romantic character of Tu Duc Tomb, Khai Dinh Emperor’s tomb is full of mystery. Come here, you will discover many stories behind this king and the great decoration inside the tomb.

Tu Dam means “the cloud of Budda”. This is one of the famous pagodas of Hue. The pagoda has large space, and the altar decorated as a sanctuary with the surrounding peaceful landscape. This place will give visitors a feeling of peace and leisure.

Dong Ba market is a famous and busy local market. It stands along the north bank of the Perfume River, on Tran Hung Dao Street of Hue City Center, and near Trang Tien Bridge.

Dong Ba market is not only the most significant commercial center but also a famous shopping center of Hue City, Vietnam. It is also considered as the right place for tourists to go shopping with a variety of products here, and to take pictures of the daily life of the locals. 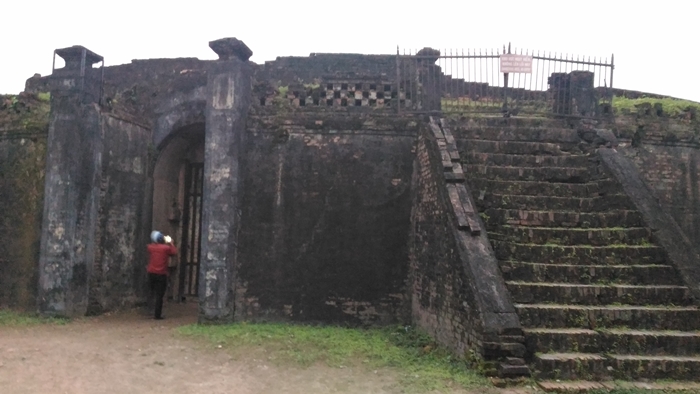 The first place that is rarely visited is Ho Quyen, also known as Tiger Arena. Not only does it look like the famous Colosseum in Rome, but it also had the same special function a long time ago. Started in the 1830s, this building was used as a place where tigers and elephants fought against each other. This battle was the entertainment for the royal family at that time. You can find this place 4 km from the citadel at the south bank of the Perfume River. 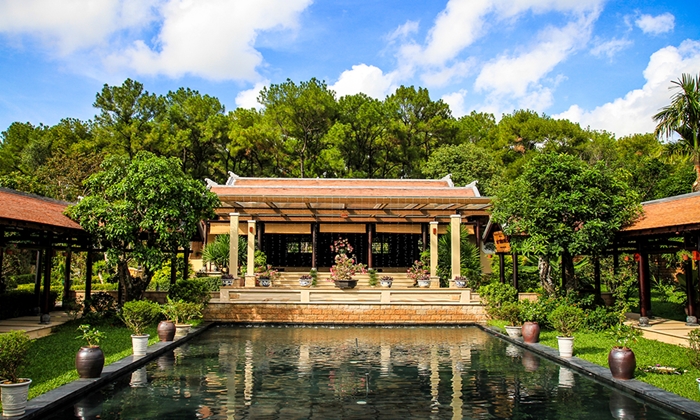 If you want to learn more about the famous Zen gardens of Japanese style, you may come to Cat Tuong Quan Zen House. That place in the Imperial City of Hue, Vietnam, shows you about the zen technique of the gardens. This is totally the worth-visiting place to spend your time if you want a tranquil and peaceful atmosphere. The garden and pagodas are ready to amaze you. Furthermore, you can also participate in some activities like Qigong, yoga, and meditation to achieve peace of mind. 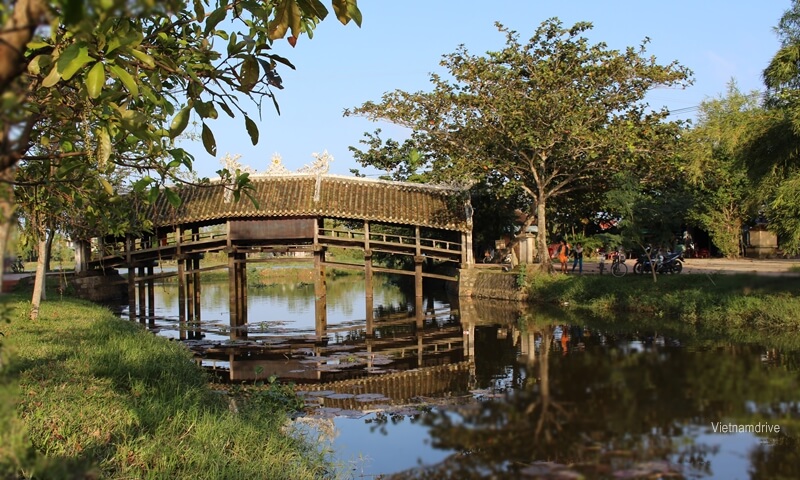 Thanh Toan Bridge is another tourist attraction which has the Japanese nuance. As you can guess, the design of the bridge is a bit similar to the old-fashioned style in Japan. This bridge was initiated by a certain wife of the high-ranked person in the old reign, named Tran Thi Dao. She did it as a charitable act to create better transportation for the villagers. In 1925, Emperor Khai Dinh ordered to build an altar as a tribute to her kindness. You can see the altar in the middle of the bridge. 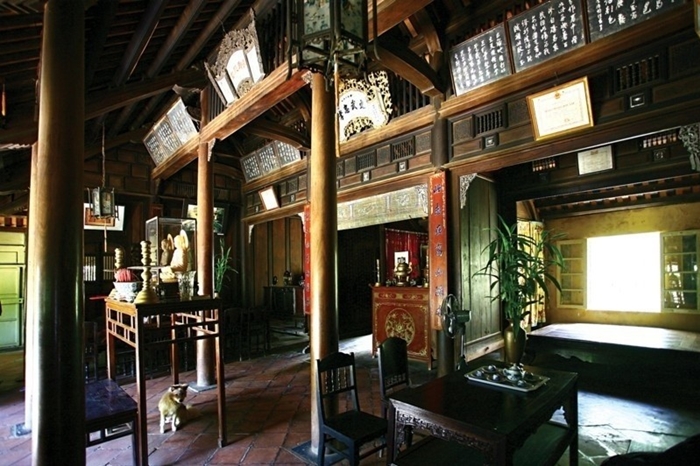 Similar to Thanh Toan Bridge, Ngoc Son Princess Garden also has an interesting story behind its construction. It was begun when the princess Ngoc Son married to the head of the army of the kingdom, named Nguyen Huu Tien. After they got blessed with a daughter, the princess suddenly fell into a fatal illness, which caused her death. In 1921, her husband decided to establish a garden house to worship her. In this area, Mr. Nguyen and his second wife lived for the rest of their life. At the moment, their descendants have been protecting this garden. In the house, you can see some old relics of the princess; besides, you can also admire its beautiful architecture and lovely peaceful garden.

Van Mieu Hue – Temple of Literature – also has other names: Van Thanh Hue or Van Thanh Mieu. The temple was built under the reign of King Gia Long from April 17, 1808, to September 12, 1808. Van Mieu faces to the south, looking at the Huong River, behind the village, the mountains, and hills. There are about 50 large and small buildings, including 32 doctoral steles and 4 other steles (there are two steles written by King Minh Mang and Thieu Tri). Hue Temple of Literature is a unique architectural work in the ancient imperial complex.

Many beautiful tourist places in Hue are waiting for you, so should not miss this city when you want to enjoy a great vacation in Vietnam. It is considered that Hue is the landscape paintings that make you passionate and fall in love when you come here once.